Once in a while I come across a Disney related website and ask myself: "How could I have possibly missed this one for so long?" This is certainly the case with the Walt Disney World Entertainment site which can be found at wdwent.com. Until now, I hadn't found a good resource for a schedule of the live shows, character greetings, and other great entertainment offerings at Walt Disney World. When I stumbled upon wdwent.com, I could only think of one simple word: JACKPOT! 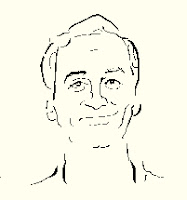 The Walt Disney World Entertainment website was created by Disney World enthusiast, Steve Soares. Apparently, the site has been around for many years. Steve lives in the Orlando area and his weekends are usually spent at one of the Disney parks. His enjoyment of the live performances led him to create this incredibly useful website. Steve is a computer consultant by trade, and it seems that his favorite park is Epcot.

Wdwent.com is very user friendly and the entertainment schedules are categorized under seven major headings. There are the four parks, Downtown Disney, Boardwalk, and Annual Events. You simply click on the any of these tabs and you will find complete listings of what to expect in the way of live entertainment. Everything from musical groups, to parades to fireworks shows are found here. One of the best elements of the site are the details surrounding character greetings. Common questions that people have revolve around the times and locations of specific characters. Steve does a fantastic job of answering these questions. Not only can you see which characters are scheduled to appear, but exactly where to find them. This is an invaluable resource for parents with young kids. In addition to the specific entertainment options, each park section also lists the operating hours and extra magic hours for the week.

Another great aspect of Walt Disney World Entertainment is the way that Steve links detailed information about each listing. There are so many live offerings at Walt Disney World that their names may not be known by a majority of guests. All you have to do is click on the show, character, band, etc., and you will be connected to a great description of what to expect. For example, many new visitors may not have a clue who the Dapper Dans are or what the Electrical Water Pageant is. One simple click on the link, however, puts the inquisitive guest in the know.

The final tab I would like to mention is the one labeled "Annual Events." This comprehensive list gives us a brief description of each event. In addition, clicking on a name takes you right to the actual website dedicated to each event. This is especially useful when planning your trip. As most of you know, I am working to raise money for the Make-A-Wish Foundation by running in the Disney 5K, which takes place during Marathon Weekend in January. A link to the event's website can be found in this section of wdwent.com.

Steve really leaves no stone unturned when it comes to keeping us up to date with the entertainment schedules at Walt Disney World. It appears that he is constantly updating the site and the information is timely and accurate. However, it should be said that Disney does make last minute changes from time to time so we need to cut Steve some slack if this occurs. Overall, though, if you are looking for a one stop resource for the entertainment at Walt Disney World, look no further than wdwent.com. You can also access the mobile version on your cell phone at wdwent.com/index2.htm.

Have a Disneyriffic day and remember to keep moving forward. See ya real soon!
Posted by Dave Drumheller at 11:00 AM