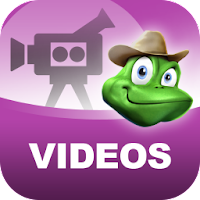 I have reviewed many Walt Disney World apps over the past year, and every one of them has been compatible with the iPhone. Today, I'm jumping off the Apple bandwagon and I'm going to write about an Android exclusive app for the first time. No, I have not lost my mind and actually defected from the king of all smart phones with the little fruit logo. However, I am currently using the latest HTC Android device for work (at my other job), and have been introduced to an app that simply can't be overlooked. 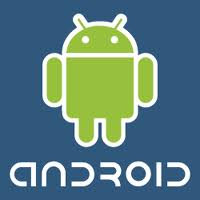 When I came to work today, I was happily surprised to meet a new employee who is quite possibly as big a Disney World fan as myself. I didn't think this was possible, but when we we started chatting about Hidden Mickeys, Main Street Windows, and little known bits of trivia, I knew that I had met my match. Of course the conversation eventually turned to a comparison of Disney cell phone apps, and my new friend Annie introduced me to the Disney World Ride Videos App. I was a little disappointed to hear that it was exclusively for Android phones, but it gave me a chance to break in my new work phone, the HTC Vivid. I am usually reluctant to embrace any handheld device without an "i" in the name, but since this app is not yet available in the iTunes App Store, I decided I should give it a try on the Android, and I'm very glad that I did.

The full name of the app is the "Disney World Ride Videos App in HD." It is put out by the folks over at UndercoverTourist.com. In a nutshell, this app allows us to quickly select high definition attraction videos at the touch of a button. These are quality videos shot by the app developer that allow us to experience a majority of the rides and shows at Walt Disney World right on our cell phones. In addition to the standard attractions, there are also special events such as the Boo To You Halloween parade and Holiday Wishes.

The app is very simple in design, and all of the clips are alphabetically organized under each of the four parks. You simply choose a park and then select either "Rides" or "Shows" at the bottom of the screen. You will then find a play "button" over each attraction which takes you to the corresponding video which is actually found in YouTube. The fact that they can be seen in YouTube is good news for those of us who are iPhone users. We can "subscribe" to the Undercover Tourist channel and view all of these great videos from our phone or even right on our computers. However, Android users certainly have an advantage because the Disney World Ride Videos app is so well organized and it makes it very easy to search for your favorite attraction.

For anyone looking to get their Walt Disney World fix in between visits, I certainly recommend this app. It is also a great way to relive memories of a recent trip or to get excited about an upcoming Disney vacation. Another great thing about the app is that it is FREE! Hopefully, iPhone users will see the Disney World Ride Videos app showing up in the App Store in the near future. If you don't currently have an Android phone, you should at least check out the great selection of videos from the Undercover Tourist over at YouTube!

Have a Disneyriffic Day and remember to keep moving forward. See ya real soon!
Posted by Dave Drumheller at 11:21 PM