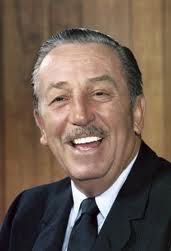 Today is a significant day for all Disney fans as December 5th marks the day that Walt himself was born. The general story of Walt's life is well documented and known by most Disney enthusiasts. You can even learn about his background and accomplishments by visiting Walt Disney, One Man's Dream in Hollywood Studios. In thinking about how I wanted to honor Walt, I have decided to do something different. Being that Digital Disney World is about modern technology, I thought it would be fun to discuss some of the major advancements since his passing in 1966, and ask: "What would Walt think?"

First and foremost, we have to ask: "What would Walt think of Walt Disney World in general?" We'd have to assume that he would be extremely proud of what his Florida project had become. Although Walt had the basic plans for the Magic Kingdom drawn up, he passed nearly five years before it opened. He originally envisioned one theme park and a community where people would live, work, and play which eventually turned into Epcot. Do you think he could have imagined this destination turning into the number one vacation spot in the world, with four theme parks, two water parks, multiple golf courses and over 25,000 hotel rooms? 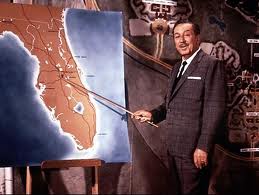 The next question to ask would be "What would Walt think of the attraction technology?" Disneyland opened in 1955 and featured unique and cutting edge attractions, for that era. In the decade that followed, Walt introduced the world to audio-animatronics. He also shifted the concept of an old fashioned amusement park into his idea of what a "theme" park should be. First and foremost, Walt told stories with his attractions. As great as some of the original Disneyland rides were, they paled in comparison to what can be found in Disney parks today. Can you imagine what Walt would think about Tower of Terror or Mission Space? How would he react to seeing shows like Mickey's Philharmagic, Turtle Talk With Crush or Illuminations? Or what about the brand new talking Mickey character who can actually carry on a conversation with guests? You'd have to believe that he would be blown away by what this generation of imagineers has created. 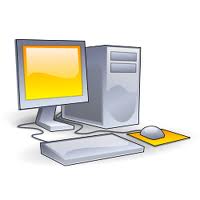 Finally, "What would Walt think about computers and smartphones?" At the time of Walt's passing, there was no such thing as a personal computer. Do you think he could have envisioned people planning their vacations and even making dining reservations while sitting in front of a screen inside of their own home? The closest thing to a home computer in 1966 was a typewriter! When it comes to communications, there weren't even cordless phones in the 60's, let alone that fancy little gadget we call a cell phone. I think that Walt would have mixed feelings about the invention of the smartphone. He would probably be very impressed at this technology that allows guests to check wait times, look at restaurant menus, and even send short messages to friends and families. However, I think he would also be a little disappointed in seeing so many people staring at their little "Star Trek" communicators instead of taking in the beauty and wonder of their surroundings. There are so many details to be seen around Walt Disney World that many guests overlook, simply because their eyes are glued to their phones.

Overall, I think that Walt would be excited about the technology of today. He was one of the great innovators of his time and had a profound impact on all forms of family entertainment. Even forty-five years after his death, he continues to be an inspiration to so many people, including myself. Although times have changed dramatically since the first half of the 20th century, the spirit of Walt lives in the Disney company of today. We can never truly know what he would think of "today's" Disney, but we have to imagine that most of the time he looks down and smiles at what he sees. I'd like to leave you with a quote from the end of one of my favorite Disney movies, Meet the Robinsons:

Around here, however, we don't
look backwards for very long.
We keep moving forward, opening up new doors and
doing new things, because we're curious....
and curiosity keeps leading us down new paths.
Walt Disney
Have a Disneyriffic day and remember to keep moving forward. See ya real soon!
Posted by Dave Drumheller at 11:15 PM