There are many Walt Disney World blogs to be found on the internet these days. I have reviewed alot of them on this site over the last 15 months. It is great to see so many Disney fans jumping into the online community. However, sometimes new blogs pop up but fade just as fast. Many of them are started with good intentions, but often times the authors get busy and stop posting. Also, many people don't realize the time and effort that it takes to keep a blog current and relevant. Now that I have been writing Digital Disney World for over a year, I have a great deal of respect for those who consistently publish great posts on a regular basis. Amanda Tinney and her Disney Every Day blog certainly fall into this category.

Amanda has been authoring Disney Every Day since the middle of 2009. Although her posts can be about any Disney subject, the majority are related to Walt Disney World. Much like my blog, Amanda will post quick little snippets as well as full length articles. She posts alot of videos including movie trailers, resort tours, and news clips.  She also includes great photos with most of her articles. One thing that really sticks out about the content on Disney Every Day is that it often highlights a current event in the world of Disney. Some examples include a recent video of the new Disney Fantasy Cruise Ship, a photo challenge related to last week's One More Disney Day promotion, and a post about upcoming St. Patrick's Day happenings at Downtown Disney. 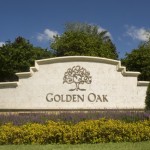 There are Disney blogs that are written from all over the country and some that even originate from overseas. However, I enjoy finding bloggers who live in the Central Florida area because they are living right near the Disney magic. Amanda is part of that lucky group. She is a resident of Florida who has lived pretty close to Walt Disney World for most of her life. Her father was a cast member in the 70's and she also worked there for short time. Like many of us, if she had it her way she would live IN "the World," but at this point Disney doesn't let people move into the Kingdom. Although, with the new Golden Oak Residential Community taking shape, that dream will soon become reality for some folks.

I highly recommend checking out the Disney Every Day blog over at DisneyEveryDay.com. It is a great site to visit to get a quick Disney fix. Amanda updates it on a regular basis and there is always something new to look forward to. She certainly has her finger on the pulse of Disney current events, and she does a great job of keeping us in the loop.

Have a Disneyriffic Day and remember to keep moving forward. See ya real soon!www.disneyeveryday.com
Posted by Dave Drumheller at 11:54 PM