Downtown Disney is a very popular spot to visit at Walt Disney World. It includes a large shopping area, many good restaurants, and some unique entertainment venues. When it opened on March 22, 1975 it was a much smaller complex called the Lake Buena Vista Shopping Village.

Back in 1975, this "shopping village" wasn't really intended to be a tourist destination. Shortly after the Magic Kingdom opened, Disney started building condo style units that were intended as residences where people could live on property. The Lake Buena Vista Shopping Village was built to serve this community. However, these condo units quickly evolved into resort hotel space and the nearby shopping complex became a place where tourists would visit. In 1977, the name was changed to the Walt Disney World Village.

Moving ahead to 1989, Disney opened an entirely new area adjacent to Walt Disney World Village called Pleasure Island.  This occurred on May 1st of that year, which was also opening day for Disney MGM Studios. Pleasure Island was an amazing complex featuring unique night clubs for adults only. It became a very popular spot with both tourists and locals. Later in 1989, the "shopping" area was once again renamed to the Disney Village Marketplace. 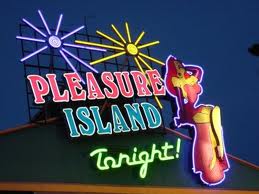 With the popularity of the area continuing to grow, Disney decided to once again expand it. In September of 1997, a third section was added called the West Side, featuring more shops, large restaurants and a mulit-level arcade called Disney Quest. At the same time, the entire area was renamed to what we know today as Downtown Disney. So although we are saying happy 37th birthday to Downtown Disney, it is certainly a different place than when it was built in 1975! 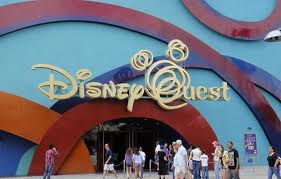 Today, Downtown Disney is extremely popular. Most guests who have traveled to Walt Disney World have visited this area. The World of Disney Store is located here and it is the largest Disney Store on Earth. It is certainly the place to go to pick up your souvenirs. Downtown Disney is a continually evolving area with stores and restaurants opening on a regular basis. There have also been several closings, including the night clubs of Pleasure Island. Back in 2008, Disney decided that they wanted to re-theme the area to be more "family friendly," but there have been very few changes to Pleasure Island to this point. It will be interesting to see how Downtown Disney continues to evolve in the years to come.

Have a Disneyriffic Day and remember to keep moving forward. See ya real soon!
Posted by Dave Drumheller at 10:43 PM