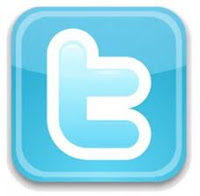 It has been way too long since my last modern technology article. I have been on an extended "research" trip to Walt Disney World, and I finally have time to sit down and write about an interesting event that I attended in the Magic Kingdom. Although the event was great, it was the way that I was notified about it that applies directly to the theme of Digital Disney World.

The event was an exclusive "Tweet Meet" for members of D23, the official Disney fan club. The term "Tweet Meet" is Disney's version of a "Tweetup." These terms are very new and have come out of the explosive growth of Twitter, the online social networking service. Tweetups occur when a person or group organizes a live gathering through the use of their Twitter account. I have written several articles about Twitter and how it is a great way to stay connected to official and unofficial info related to Walt Disney World. You can even follow me @DigitalDisWorld to get blog updates.

The tweet that notified me of last week's Tweet Meet came from @DisneyD23, which is the official Twitter account of D23. Most of us who use Twitter have our smartphones set to alert us of new tweets. On Monday, April 16th, I received the alert that D23 was holding this Tweet Meet on the very next morning in Adventureland. It was limited to a maximum of 65 people and you had to respond to the tweet if you were interested in attending. I was at the Animal Kindom Lodge doing some work on my balcony, when I quickly responded to the announcement. About an hour later, I was excited to be notified that I was one of the first 65 to reply, and I would be attending the event on Tuesday morning.

We were told to meet at the Magic Kingdom at 8:00 am, a full hour before the park opened. I arrived a few minutes before 8:00 and met up with my friend Amy Petermann, from The Relocated Tourist blog. After getting our wrist bands, we walked into the Magic Kingdom and congregated with the other D23 members on the bridge to Adventureland. There were several notable members of the Disney World online community there, including Lou Mongello from WDW Radio and Deb Wills from AllEars.Net. At around 8:30 we were all led down to the Sunshine Tree Terrace and told to expect some surprises.

When we arrived at the Sunshine Tree Terrace, there was a stage and a sound system set up in front of it. This Tweet Meet wasn't just a gathering of D23 members, but also an event where a big announcement was to be made. After we were all comfortably situated in front of the stage, several Disney Imagineers took the stage to reveal that the Little Orange Bird was returning to Adventureland. Those of you who visited the Magic Kingdom back in the 70s and early 80s probably remember this bird. In addition to being a walk around character, a miniature version of him could be seen above the counter and on the sign of the Sunshine Tree Terrace. Although the walk around version has not returned, the Little Orange Bird was back on his perch in the Terrace. He is also present in new merchandise, including sippy cups and tee shirts.

This D23 Tweet Meet was a great event. Not only did we get to witness a little history with the return of a classic character, but it was also an enjoyable social gathering. It was great hanging out with old friends like Amy and Lou, and it was a real pleasure meeting and speaking with Disney Imagineers, including Jason Grandt. The most significant aspect of this "Tweetup" is that none of us would have been there if it wasn't for the use of this very modern technology. Twitter is not only a great way to communicate information between like-minded people, but is now becoming a popular way to bring people together in person.

Have a Disneyriffic day and remember to keep moving forward. See ya real soon!
Posted by Dave Drumheller at 11:24 PM